Another weekend, another Monday! This past weekend was especially nice because we had Good Friday off! I wish we had a 3 day weekend EVERY weekend. I feel like it gave me enough time to get everything done that I wanted- running, shopping, cleaning the house, etc. I feel like with 2 day weekends you’re in a mad rush to get everything done and before you know it, Sunday rolls around and you have to get ready for work. If having a 3 day weekend meant that I had to work 10 hour workdays I would gladly do it (I kind of already do most of the time anyway). In a dream world…. 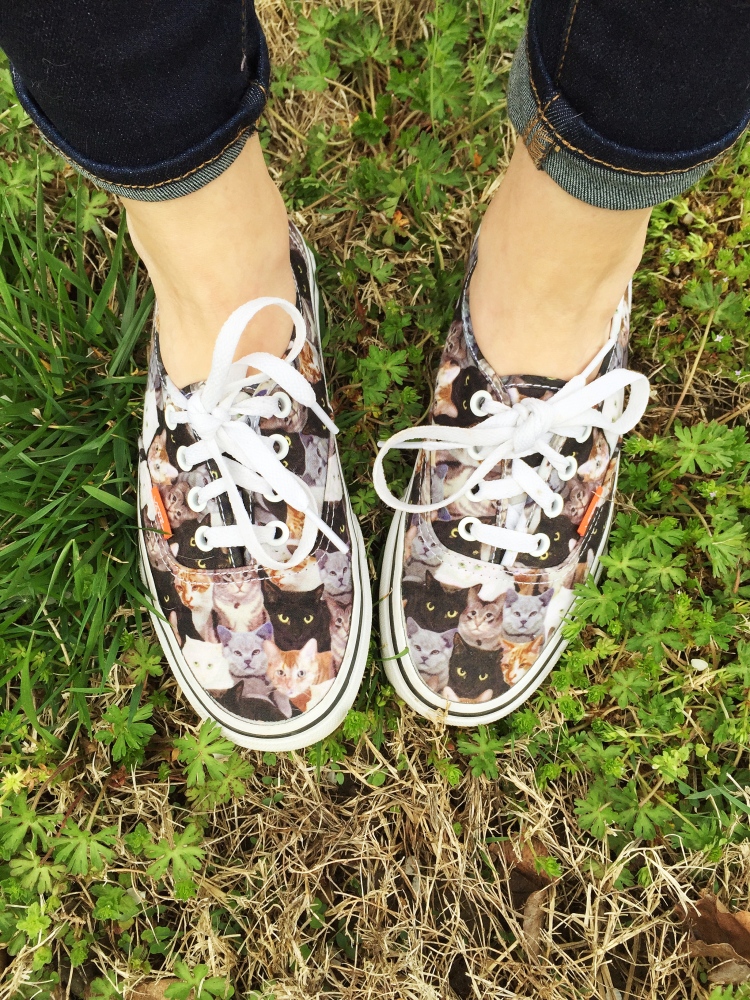 Anyway! This weekend I ran a lot. I’m trying really hard to push my running endurance and it gets a little bit easier every time I go out. On Friday I ran 5 miles (whoo!) and Saturday I ran 3. I was pretty sore from that, but that’s probably because I am the worst about stretching. On Friday we went out and grabbed burgers and caught a movie- “It Follows”. I’m a huge fan of horror movies, specifically anything 80’s-ish. Some of my favorite campy movies include “Sleepaway Camp”, “Basket Case”, “Evil Dead”…you get the idea. “It Follows” was great because the soundtrack was super 80s inspired (synth keyboard for the win), and the Director did a great job at creating a sense of overwhelming anxiety and dread during the movie. The movie also didn’t really specify what year it took place in on purpose (I believe) because there were older cars, black and white televisions, but one character had this weird kindle like device so it was very confusing about what time it was supposed to take place in, but I believe this was done purposefully to make the viewer feel even more uncomfortable- like this could happen to them.

The rest of the weekend we mostly did things around the house (although we seriously need to hang up some artwork and do a few decorating projects…ugh!) and relaxed. Sunday was super lazy, which I am not used to! I stayed in my pajamas all day, we had breakfast together, played video games- which is something you probably don’t know about me! I generally keep it on the DL, because I think sometimes people have negative associations with video games, or they just think it’s not a girl thing, or if it is, they are probably a super awkward person who plays WoW all day. I generally just enjoy fun, lighthearted cute things! Mario has always been a favorite, Zelda (ocarina of time!), and Pokemon. Right now I’m playing this cute game called Fantasy Life which is basically a combination of Animal Crossing and Final Fantasy. I’ll stop and spare you of any details though…for now at least!

Last night we watched Mad Men and lamented over the fact that I will miss most of the championship basketball game tonight (Wisconsin and Duke!) due to my leadership class. How was your weekend? Did you celebrate Easter with your families? Are you going to run to Walgreens as soon as you have a spare moment to load up on discounted candy? I hope your Monday has been great so far!

9 thoughts on “LONG WEEKEND ARE THE BEST WEEKENDS”

I know, bud. I feel the same way. #lifewithpotatopuff #potatopuffcorgi #socialdistancing
I wish I knew the unbridled joy he felt rolling in the grass today. All I feel is anxiety slowly pressing it’s fingers around my throat. But hey, the sun came out so that’s good I guess? 🌞
Last night me and Brock were looking at a bunch of baby potato photos and I just wanted to cry. My little spud is and was TOO DAMN CUTE! Is this how parents feel about children? Dogs are better tho. Just saying. #lifewithpotato #potatopuffcorgi
Seeing @elizabethwarren today in Little Rock was truly special. I’ve never been so involved and believed in a candidate so much- knocking doors for her campaign and canvassing has been a blast. Seeing her today along with @nicoleclowneyar was the icing on the cake!

i run this blog solely for my enjoyment. i will absolutely make sure to credit all photos/links/etc where credit is due, and if i forget, please let me know and I will add it! all other designs/creative graphics/photos/illustrations that I create myself are for my personal use at jessandtonic.com, and please link/add credit if you'd like to repost it. I love connecting with others..so feel free to share away and contact me, whether it's a hello or question at jessandtonic (at) outlook (dot) com
%d bloggers like this: